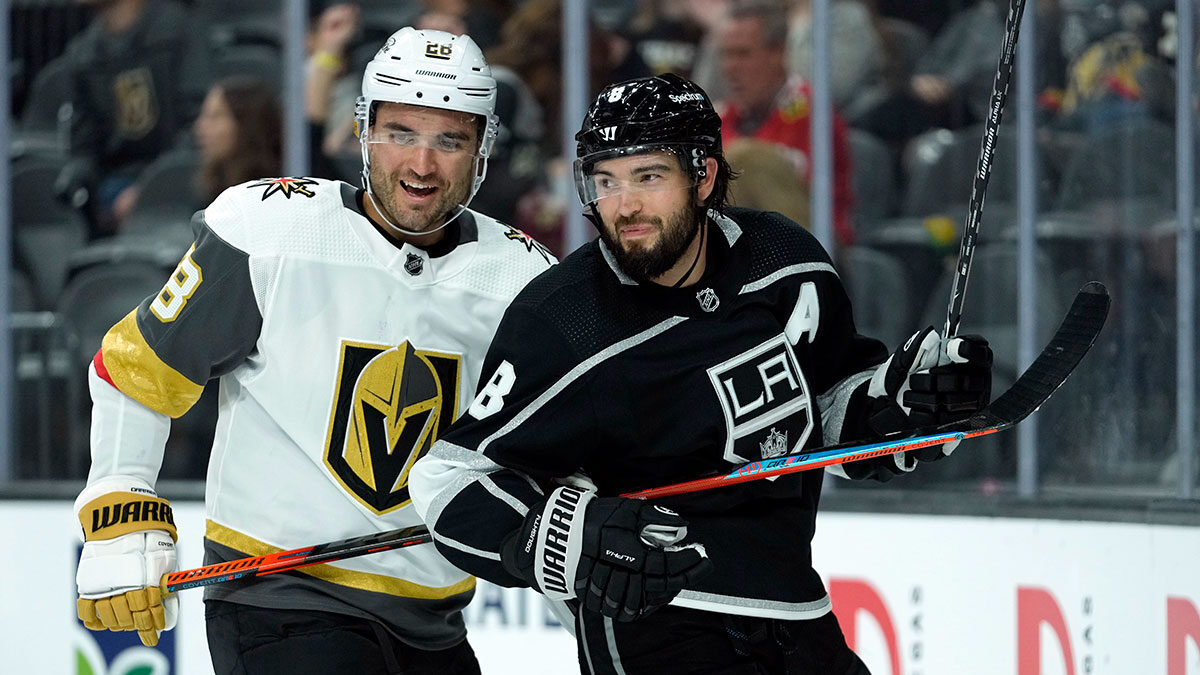 The Golden Knights and Kings meet on Tuesday for their first game of the NHL regular season. Vegas dealt with many injuries last year and disappointed fans when they missed the playoffs for the first time in their four-year history.

They had one of the league’s best offenses last season and will look to their roster of stars to keep them strong. However, the defense will have some questions entering the season.

Los Angeles made the playoffs last season but lost to the Edmonton Oilers in seven games in the first round. They hope to significantly improve their offense, as they struggled while averaging 2.87 goals per game.

They made a move to bolster their goal-scoring in the offseason by acquiring Kevin Fiala, who scored 33 goals and had 55 assists in the 2021-22 season.

Bruce Cassidy will coach his first game behind the bench of the Golden Knights to start the 2022 season.

The Boston Bruins fired him after they finished fourth in the Atlantic Division and lost in seven games to the Carolina Hurricanes in the first round of the playoffs. He comes in as the replacement for Peter DeBoer, who failed to carry Vegas to the playoffs in an injury-plagued season.

The offense has always been the strong point of this Vegas team and should continue to carry them this season. However, there are still many questions on defense, especially since Shea Weber will be out of the lineup to start the season after being placed on long-term injured reserve.

Logan Thompson will continue to be their number-one goalie after a .914 save percentage and 2.68 GAA last season.

Defense To Carry Kings This Season

Los Angeles is hoping to improve on offense this season. However, the defense is what carried them last year, only giving up 2.83 goals per game. Alexander Edler and Matt Roy will again be the top pairing on defense.

Goaltender Jonathan Quick is still reliable after a strong season with a .910 save percentage and 2.59 goals against. After making a surprise playoff run last season, this team will have high expectations and hope to win their first playoff series since 2014.

They will also have veterans Sean Walker, Matt Roy, and Drew Doughty back after they all missed games with injuries last season. Also, 2021 first-round draft pick and 19-year-old rookie Brandt Clarke has made the roster and will make his NHL debut tonight.

The Kings are on their home ice for tonight’s matchup but were strong on the road last season, which helped them reach the playoffs. Quick also had a better record on the road than at Crypto.com Arena last season.

The Golden Knights will have a chance to get the campaign off to a good start with a win tonight as slight underdogs on the road.