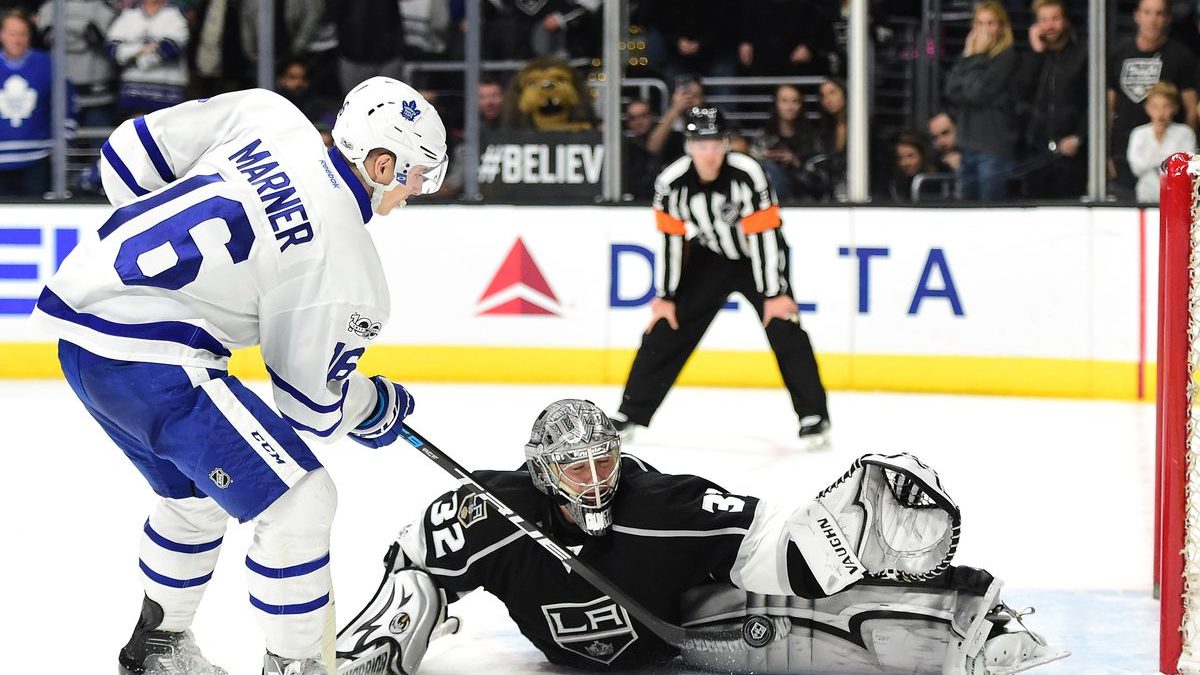 The outshining Toronto Maple Leafs are preparing to visit the Los Angeles Kings this Wednesday. Toronto is arriving in LA with a 13-6-1 record and currently standing in the second spot of the Atlantic Division in the Eastern Conference. As usual, the Leafs continue to bring on some heat with strong home and away performances. Yet they will play one of the only teams that have been able to hand them a loss over the current season.

On the other hand, the Kings will face the Leafs as the sixth overall in the Pacific Division of the Western Conference. Although the Kings are still attempting to climb up the standings, the challenge is well on its way, and Toronto is looking strong. The Kings will have to bring their A-game at Staples Center if they wish to push their current 8-7-3 season record up.

Leafs to Extend Their Dominance

The Leafs are truly delivering solid performances, and they intend to continue doing so against the Kings. The Toronto squad is currently 4-1 in their last five games after taking a 2-0 loss against the Pittsburgh Penguins last Tuesday.

The squad currently stands with 27 points, averaging 2.55 goals per game and allowing 2.25 against. Still trailing behind Division leader Florida Panthers by only two points, the Leafs have proven to deserve a spot amongst the top squads of the conference and expect to continue stretching their winning streak.

Center Mitchell Marner is one of the men to watch. Currently, he leads Toronto with six goals and 11 assists, followed by John Tavares with eight goals and eight assists. The Leafs truly have what it takes to surpass the Kings. What will also make this matchup even more special is the fact that the Leafs will seek for a second opportunity to beat the Kings after having taken a 5-1 loss to the LA squad back on November 8..

Kings to Rely on Previous Match up Thrust

The LA squad will have to look at everything done back on November 8 and bring back some of that dynamic gameplay. With a 1-4 record in their last five performances, the Kings are hurting and seeking to make a sudden turnaround.

According to Kings coach Todd McLellan, more than just a reflection of all the inconsistency that his squad has built this season, their numbers are also a clear reflection of how outstandingly competitive the teams have turned out this season. The LA squad will now have to rely on players like Anze Kopitar, who leads the team with eight goals and nine assists if they want to pull a second win over the Toronto rivals.

The Leafs will surely attempt to add to their winning streak. The Kings, having already beaten the Leafs in their last matchup, will also aim for a chance to flip their season numbers and walk away with a win to prove worthy West Division rivals.

Toronto is surely looking better for the matchup against the Kings. The Leafs are not only close to dominating their division stands, yet their last five performances have shown that the squad is just steps away from becoming Conference leaders as well. Although the Kings can truly count on their last 5-1 win over Toronto just a few weeks ago to burst their confidence up, they are still far in numbers to stack up against the Leafs.